A couple of days ago, after the mass shooting in San Bernardino California, I wrote a blog about gun deaths in America, and about how gun control works here in the UK.

Regular readers are pretty familiar with my politics. I live on the left wing. A lot of Americans would refer to me as a Liberal Intellectual, as if that were some kind of insult. I take it as a compliment. I’m also a feminist, which you can probably tell, since my other blog this week could be labelled a feminist rant, as could several of last month’s blogs.

After posting my blog a couple of days ago, I got some feedback, despite not getting many comments on the actual blog. There was also a blog response to the blog, from one of my American readers, which you can find over here.

A lot of my regular readers liked the blog and broadly agreed with the sentiment. I know this because people liked or shared my links on FaceBook and Twitter. I’m not surprised by that, because birds of a feather do tend to flock together. It’s not unusual for any blogger to be preaching to the choir.

I also have regular readers who happen to consistently oppose my views on many things. Some of them are people that I know and respect, others are simply passing through. This particular blog got a decent amount of traffic because of the subject matter; it was topical and of fairly universal interest. It was read around the World, including in America, Europe and the Middle East. Mass Shootings have also become a popular topic of conversation on the social networks in the past few days, and I have seen many arguments for gun control and for the freedom to carry arms. If you want to read my ideas about gun control you can take a look at my previous blog on mass shootings. 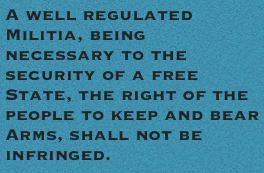 The right to bear arms was written into the American Constitution. I know of no other country that talks about its constitution the way that the USA does, and a great many countries have them. My argument is that we live and we learn, and that we grow and change. My argument is that no constitution should be set in stone, that, by its very nature, it must be a fluid, changing document. The USA has altered the constitution before. There have been a total of twenty-seven amendments. They include the following:

And let’s not forget amendments 18 and 21. The former prohibited the production and sale of alcohol, and the latter repealed the former.

Had the American Constitution been the perfect blueprint for governing a nation, if it had been considered as sacrosanct at any time in the past couple of centuries as it appears to be now by so many American citizens, there would still be slavery, and only white men would have the vote. Of course, income tax would be less of a problem, but then so would government, because how the hell would it be financed? What's more, there’s proof that adding an amendment can be more trouble than it’s worth, but that clearly didn’t prevent the elected government of the time doing the right thing and shoving in another amendment to put the error right. This document, as holy as it seems to be to many Americans is a living, breathing entity. It’s supposed to work that way.

Not for nothing, I wonder how many Americans know what the 27th amendment is. I’ll tell you. It was added in 1992 and it delays laws affecting Congressional salary from taking effect until after the next election of representatives. The amendment was proposed in 1789 and took 202 years seven months and twelve days to be ratified, according to Wiki.

The 27th amendment became the project of a Texas undergraduate, who wrote a paper on it in 1982. He got a C grade for the paper, but began a letter-writing campaign to the state legislatures. Well, according to Wiki, anyway. The rest, as they say, is history.

In relating the circumstances of the ratification of the 27th amendment, I don’t mean to suggest that the American constitution is not a serious document, that it should not be valued or respected. I do mean to point out that it is a tool that should serve the citizens of the country, and not a document that should be worshipped and revered, and held up as some unalterable ideal.

I fear that was a long digression. I hope it was of interest… It interested me.

The right to bear arms is important to my American friend, and to a lot of his countrymen. They still feel that driving out the British was a turning point in their history, and it undoubtedly was. It took a will and an army to do it. Only ninety years later, they were turning their guns on each other, and America had two armies, not one. But civil war is virtually universal.

The right to bear arms, the second amendment, was ratified in 1791, when the infant nation was less than fifteen years old, when it didn’t yet know what it was or what it would become. The British were fresh in the collective memory of the Americans, when they needed to know that they could still fight off oppressive rule. They did not yet feel entirely confident in their hard won freedom.

The President of the United States of America, whoever he has been (and he has always been ‘He’) is referred to by his countrymen as ‘The Leader of the Free World’. Who do these gun carrying men and women of America think is going to oppress them? Who do they think they must do battle with? They talk about The American Dream, but they do not seem to believe in it. They won the battle two hundred and forty years ago. If there is an attempt to oppress them in the future, the right to bear arms, one gun at a time, one person at a time will not help them. If there is an attempt to oppress them, to take their country from them, to impose rule on them, to tax them and write their laws… Isn’t that what their defence budget is for? If they live in fear that their own government will turn against them, they’re fools. Their own government already has all the power it wants or needs and is wielding that power. If the government wanted to turn on its people… Well… there’s that defence budget again.

Of course, the single biggest reason that most Americans give in defence of the second amendment is self-protection. They want to carry guns to be safe. My friend honestly believes that he is as safe in range of his guns as he is anywhere on the planet. He might be right, in his particular case, but he is rare.

The wording of the Second Amendment is interesting, because it refers specifically to the militia. It does not expressly suggest the individual right to carry and bear arms for self-protection. Of course, I'm not an American, a lawyer or an expert on this or any other constitution.

Those stories are very rare.


75,000 gunshot wounds are treated in American hospitals every year.

Addendum: This morning's newspapers report that the shooting in San Bernardino California is being investigated as an act of terrorism in sympathy with ISIL.

Posted by Nicola Vincent-Abnett at 10:29