All of the best stuff’s been written. In fact, in my ever-so humble opinion, all of the best stuff was written a very, very long time ago. I’m not convinced that any really good poetry was written, say, in the last hundred years, or so... OK, you can include some war poetry if you like, particularly the First World War stuff, but that’s very particular and driven by circumstance. I might let Larkin stand and odds and sods by the Beat Poets, but, really, there’s not a whole lot, is there? You could be sentimental, I suppose, about Betjeman, and there are fans of Eliot and Pound, but I don’t count myself among them... too pretentious for my liking.

Lately, my interest in poetry has been rekindled, because, lately, I have found myself in the company of academics. I knocked at their door and was welcomed in with open arms. I might go so far as to say that I owe them a poem. Crikey!

Back in February, I accompanied the husband to his old college at Oxford for a writers’ day, at which he was a guest speaker. It was marvelous... So marvelous, in fact, that I wrote about it severally on the blog, over here, and here and there’s a bit over here, and again here. Don’t feel you have to read everything, but I was inspired by the likes of Emma Brockes, Samira Ahmed and Stewart Lee, and by a host of poets, teachers and academics.

Lucy Newlyn, who organised and headed up the event also set up a forum for old Aularians who were also writers, and that was the door I knocked on, and that was where I was invited in, despite having got my degree elsewhere.

There are lots of poets on the site, and I have read a lot of their work. It is nowhere near as po-faced as I thought it might be. A lot of the work is witty and fun, and it is invariably current, relevant, apposite even. I like a lot of it, and, when one of the poets reached out for an editor for his work, I simply couldn’t help myself. I got out my red pen and did a huge hack and slash job on his poem.

I’m sure the poem was not better when I had finished with it than when I got my hands on it, but the process was new and exciting for me, and hugely satisfying.

I find myself engaging with poetry more and more, and even plan to write a ballad this weekend, in response to a challenge that appeared on the forum... The poem I owe them, in fact.

The other day, while I was running edits, I took a break to rummage about in the fridge. It was hot and I was looking for a pick-me-up. I found something and was instantly reminded of a poem... One of those bits of poetry that I thought was common to many of us.

I am eating the mousse that was in the fridge
that the husband was probably saving for date night.
I hope he will forgive me.
Just saying. x

The tweet was, very deliberately, 140 characters long, and I liked it, and I fully expected that someone would recognise and respond to it.

I fully expected that someone would recognise and respond to the tweet because I posted it on both of my Twitter accounts, my personal account, which has only about 500 followers, and the one I share with the husband, who has over seven thousand followers. It stood to reason that some of those seven thousand people would see the tweet, get the reference and respond. No one did, but that’s OK, because here it is again: 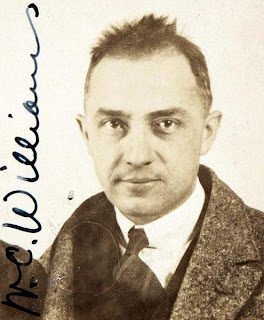 This Is Just To Say by William Carlos Williams

I have eaten
the plums
that were in
the icebox

and which
you were probably
saving
for breakfast

Forgive me
they were delicious
so sweet
and so cold

Posted by Nicola Vincent-Abnett at 12:32