Well... Would you look at that?

Would you look at that blog? And that one? And crikey that one’s a bit of a corker, too!

I’ve been trickling back through my posts, taking stock a little bit.

It crossed my mind, this morning, after reading the latest comment on yesterday’s post, that my blogging has taken a bit of a turn, and I was beginning to wonder what I thought about that, and what you thought about it, too.

I always knew I was a bit political. I even knew I was political on lots of levels, not least on social issues, and even on quite individual, and some might suggest personal levels. I always knew that I could be opinionated, and that I didn’t mind sharing those opinions.

The one thing I didn’t actually set out to do was write such a political blog, though. I set out to write a blog about writing, mostly, and about ideas. Musings on writing and other stuff, that’s what my mission statement says.

When was the last time I wrote about writing?

I did this post on favourite words, but still managed to use the sentence, “Words are power”. I wrote this blog on language, a sort of rebuttal of something Stephen Fry had done, but it was really a polemic on education, and there was this piece on writers’ chairs, which ought to have been innocent enough, but it was really about the psychology of writers and how messed up most of us can be. OK, that one wasn’t strictly political, I suppose, but you take my point.

The question is this: After four-hundred-and-odd blogs, over eighteen months, do I want to review my mission statement? and, almost more importantly, do you want me to? Should I be more disciplined about sticking to updates about the whys and wherefores and the practicalities of actually sitting down every day and writing for a living? Is that better for me? And, more to the point, is that better for you?

It has become my habit simply to get up in the morning and write about whatever’s in my head. That has made this blog very personal at times, which I’m sure is a mixed curse for all of us. It has made it pretty unpredictable, I’m sure, and possibly inconsistent.

On the other hand, perhaps it’s made it rather dull. Perhaps, by now, you all have a pretty good idea what I’m going to say, which way my opinion is going to come down on most subjects, and what I’m likely to snark about. Perhaps I am, after all, an open book.

I like your blogs, I learn so much from them.

I was really touched and very flattered, and I thought about that and then replied:

Thanks Joe. I learn so much about myself writing them.

And that’s the truth. That, in the end, is what’s in it for me. It’s one thing having the thoughts that I have, and walking around with all these opinions; it’s quite another thing writing them down in a way that seems coherent, so that other people can clearly understand the ideas that I’m trying to convey, and so that I'm absolutely clear about what I think and where I'm willing to contradict myself.

Thoughts and ideas are for sharing, and, in a blog, it’s actually possible to know whether my techniques for sharing them have been successful. As a writer, I haven’t had that luxury before, and I think that’s one reason why this blog has become the monster that it has most assuredly become. 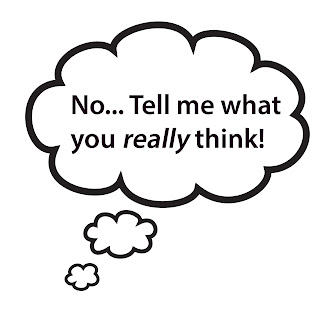 Blogging is a fascinating process, and the feedback is a big part of that. I think, in the end, that blogging will make me a very much better writer.

Do, please comment, and if a new mission statement is required then I shall write one... In fact, let’s write one together... I shall always have the floor up here, assuming I don’t hand over to guest bloggers, although we could always include them in any new mission statement, but you have the floor down in the comments section, so go ahead and use it... go on, don’t be shy!

Posted by Nicola Vincent-Abnett at 10:50