My own personal Water-Loo – pun intended

I keep a standby list of blog topics that I add to on days when I have any number of ideas for things to write about, knowing that there will be days when nothing comes readily to mind.

Sadly, blogs are so topical, often, or at least so immediate to me, that the things on the list generally seem dull or old-hat by the time I come to want them.

I was, however, reminded of a note I put on my phone on Tuesday night of a blog that I thought I might write.

Coincidentally, I was also led, yesterday, to this blog by Anne Goodwin, written last November, but apposite. 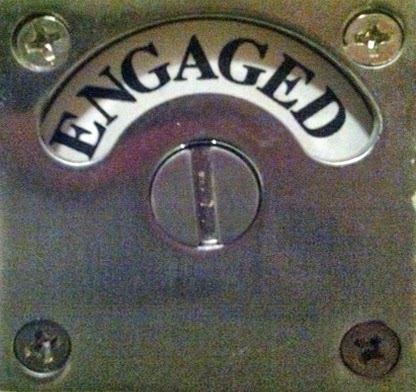 On Tuesday night, I thought it would be a good idea to write about toilets. When I came to do it, there being nothing on my standby list that interested me, I stopped in my tracks.

Seriously, do any of you, my fair readers, want to read my thoughts on loos? I’m thinking, probably not. I did, as it happens, enjoy reading Anne’s thoughts, so, despite mine being of another stripe entirely, I decided to do it anyway.

The everyday comfort of the flush toilet is a relatively modern phenomenon, and remains a first World one, and yet, some of us still manage to find ways to torture ourselves over them.

I am aware of my limitations when it comes to my mental processes. I freely admit them, here, regularly.

I have never thought of myself as someone who suffers from OCD.

I have habits and patterns, and I am particular about how the laundry is done and how it’s hung on the washing line, for example. The same applies to ironing and folding laundry. I also like the washing-up to be arranged on the draining board in a certain fashion. There is a right way to prepare a fresh pepper or a mango, and it troubles me to watch someone else do it any other way.

I don’t wash my hands at every opportunity or use a great deal of hand sanitiser, or any hand sanitiser for that matter. I don’t turn lights on and off on entering a room, or check, over and over again that doors are locked. OCD is a horrible, serious battle for those who suffer from it.

On Tuesday, I found myself at Victoria railway station in London. I have found myself passing through it at very regular intervals of late. On Tuesday, as I walked through the turnstile of the bathroom, veered right into the women’s section and strode to the second door from the right on the end, I almost stopped myself... Almost.

On our regular visits to the dort in Leicester, we always stop at the Cambridge services and I always use the same cubicle... Oh dear... It is also the furthest from the door on the right hand side, but not the end cubicle.

What on Earth is going on with me?

I am probably sharing much too much when I tell you that I avoid using downstairs facilities in private homes, including my own. They give me shy bladder syndrome. It doesn’t matter how neatly tucked away they are, or how far from the public rooms, they are simply not private enough.

And the hotel I went to an event in with the frosted glass cubicle doors... I can’t begin to tell you!

I was one of five children, so whenever we went out as a family, we were lined up to go to the loo. It makes perfect sense... of course it does. But, as long as I live, I won’t be able to leave the house, or any building I’m staying in, without having a pee. I probably should have grown out of the habit, but I haven’t and I doubt I ever will.

The water closet is a wonderful invention, although in the modern age I can’t help thinking that it might have been better if the composting toilet hadn’t been invented first and become the standard by which all toilets were judged... Perhaps in the future.

This wonderful invention has left many of us with any number of insecurities, though, particularly in its public incarnation: cubicles without working locks, or with broken seats; wiping the seat before sitting on it... I know women who actually hover; empty loo roll holders (I personally can’t stand it when the tail of the loo roll is hanging against the wall instead of hanging freely, and I regularly turn loo rolls around – and yes I know this is tragic); and, horror of horrors, the public loo that will not flush when there’s a long queue of women waiting to go after you.

Then there is the loo that is simply impossible to use.

We had a long meeting in London on Tuesday and came home late after quite a lot to drink, some of it alcoholic. Despite using the public loos at Victoria station before embarking on my journey, I found that I needed to pee about half an hour from home. The husband beat me to it. On his return from the loo I said it was my turn. He said he wouldn’t have used it except... you know... he had a penis. I stayed put and waited it out.

The flush toilet is a wonderful thing, and I can’t help thinking of all those people worldwide who don’t have them, and I can't help realising that we are more than a little privileged to know that we can rely on them... If only all of us had the good sense to be able to rely on all of them all of the time.

That’s human nature, I suppose... At least that’s this human’s nature.
Posted by Nicola Vincent-Abnett at 10:19