Addled Kat was a novel that I wrote because my ex-agent asked me to.

I’m happy to have a remit, to try to hit a target, when I’m writing, but I’m also an artist, so what you get will always be coloured and tempered by my talent, craft and, possibly, by my politics. That’s OK, because mostly commissions work. 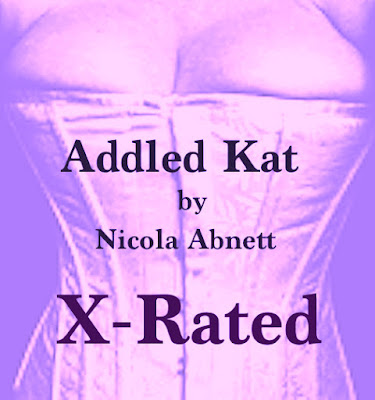 My agent didn't like the book that I wrote, and it caused a rift between us that led me to end the relationship. When I’m commissioned, I don't expect the project to come to nothing; it never has before.

My time had been wasted, except, of course, that I had written a novel, and it wasn’t going to go away.

Eventually, when my new agent was unable to broker a deal on Addled Kat, I had a conversation with my brother, who thought I should self-publish.

I’ve talked about self-publishing over and over again. I don’t like it, and I don’t think it ever leads to anything good. I’m a pro, and I won’t do it.

I finally decided that I’d use the novel as an experiment.

I decided to give it to all of you.

Initially, I trickled the novel out through this blog.

People began to read it.

Because I’d spread the novel over a number of posts, I was able to check back and see how many people were reading Addled Kat, and how much of the novel people were choosing to read.

Quite a lot of people have read Addled Kat. This book is only available on this site, and my blog has a limited reach, so I'm pleased with the numbers. I'm also pleased by the numbers of readers who continued with the novel, and read it to the end.

This is particularly true of books that are very cheap or free to read.

From the stats on my blog, I think Addled Kat would have found an audience out there in the World. Of course, it wasn’t to be, and that’s OK.

If you haven’t read Addled Kat yet, do feel free. You can find it in six parts under the free to read heading in the right hand column of this blog.

Have a look, and let me know what you think. I might not ever make money out of this work, but that doesn’t mean it has no value.
Posted by Nicola Vincent-Abnett at 14:56