As a Twitter user for quite a while, now, I’m fully aware of the hashtag, I even use a few of them. 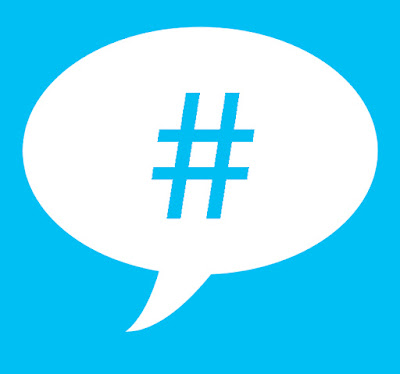 I don’t see why there should be rules for such things, but I tend to start typing a hashtag, and if it doesn’t appear on its own, I look around for something that’s already in regular use. There’s no point, after all, using a hashtag that no one’s looking for.

I tend to hashtag work that the husband’s doing or has done on Twitter, which is simple enough, but I don’t tend to use hashtags for fun or even, necessarily, when I’m being political. I also don’t go looking for hashtags to follow. Life is busy enough, and Twitter isn’t my first consideration when it comes to allocating more of my time. I do, if I stumble upon them, use hashtags or tap into them when I have a few spare minutes. #visiblewomen is a good example of that.

#visiblewomen is being used to promote women in the male-dominated arts, notably comics, so it buys into my political affiliations as much as it does to my work… perhaps more-so. It's a good example of a good thing.

Several months ago… gosh! It could be more than a year, I came across a hashtag for women writers who blog. I added a column to my Tweetdeck, and checked out some of the tweets. The hashtag led me to all kinds of fascinating blogs by women writers. Some of them were professional writers and some of them wannabes, but many of the blogs were interesting. The hashtag was allocated to a particular day of the week, so I began to use it regularly, partly to publicise my own blog, and partly to tap into what other women writers were thinking and doing.

I liked the hashtag. I liked the women who used it. I even suggested that other women writers of my acquaintance might want to tap into it.

Time passed, and the column for my chosen hashtag began to fill more quickly with more users over the next several months. It took forever to wade through them, and much of the wading was a waste of my time, because a decent percentage of the users were so-called specialists trying to tell me how to maximise the numbers of readers for my blog, or how to better organise my blog, or any number of ways to be noticed.

I suppose in their ways, the people cluttering up my hashtag column were writers, too, but what they were really doing was selling their wares, in one way or another, and it wasn’t always easy to distinguish these blogs from the women writers blogs that I actually wanted to read.

I began to scroll through, looking for the avatars of my favourite contributors. I was aware that I was probably missing great new users who actually were women who wrote, but time and being cheesed off were both factors in my hunting techniques.

More time passed, and I found that I wasn’t taking as much interest in one of my very few regular hashtags as I had at the beginning.

Then, as I scrolled down the column of tweets, one day, I began to see male faces among the avatars.

Avatars are a funny thing; they can be very personal, or not personal at all. A friend of mine, who happens to be a woman who writes, has a photo of her favourite hen as an avatar; many writers use the covers of their books, and some use images that are even less personal.

Any man who really felt the need to join this hashtag for women who write might have made himself anonymous by using any avatar other than his face... Although, deception might be even less acceptable than the brazen approach.

Of course, I could simply ignore the fact that men were present in this column, using a hashtag that had ‘women’ in its name. Anyone can look at any hashtag anytime they like. These things are not private, there are no membership criteria. Nevertheless, I was put out.

I wouldn’t use a hashtag that was specifically for men, or aviators, or scuba divers, or fundamentalist christians, or any of the other things that I am not. If I did, I’d probably do it sheepishly, hopefully respectfully, and probably not with an avatar that proved I was not naturally associated with the hashtag.

Entitlement is a funny thing, and it’s a double-edged sword.

I feel entitled not to have men use my women writers hashtag.

Men feel entitled to use my women writers hashtag.

I wonder which of us has a better case.

The problem now, is that I don’t use this hashtag the way I did originally, and I don’t use it the way I would like to. I still post, using it, but I don’t join in anything like as much as once I did, and it’s a great pity.

Perhaps, as with many things in life, hashtags have natural lifespans, and simply run their courses. Perhaps anything that is remotely successful will have some kind of bandwagon effect attached to it.

I miss the early days of this particular hashtag, but I still read several of the blogs that I first found by using it, so I guess some good has come of it. I do wish it had endured, though.
Posted by Nicola Vincent-Abnett at 11:58