Whatever Happened to Naming Names? 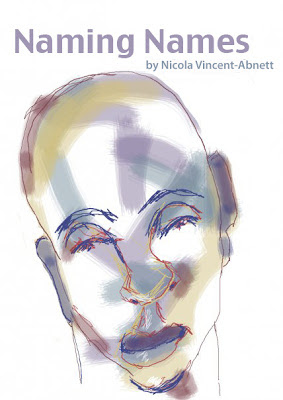 Plenty... And nothing at all.

Nothing at all is what happens to most writers and most books. I think it’s pretty rare for so much to happen to one novel and for nothing at all to come of it.

I’m sure you all remember the story of Naming Names.

It all started when the husband began having seizures, and we spent four long months waiting for a diagnosis of epilepsy. When it came we were very relieved, I can tell you.

Those four months were stressful, of course they were, but they were also some of the most extraordinary of my life. I stopped almost all of what I was doing to spend that time with the husband, and we assessed our lives together in a way that few couples have the opportunity to do.

As writers, we all pick our stories, and we all have our reasons for doing so. For a mother of daughters to write a novel about maternal sexual abuse is, perhaps a strange choice, but I had sound reasons for wanting to tell this particular story.

During a period in his working life, my father was regularly served tea by Myra Hindley. A writer cannot know a thing like that and not weave stories. I was probably in my teens when I first knew that my father had been in a room with the most notorious female sex offender and murderer in British criminal history, and I was in my forties when I finally wrote Naming Names.

While I was looking for an agent for the novel, I decided to post a couple of chapters on Authonomy the, then, relatively new writers’ website. It got mixed reviews. Within hours of me posting the first chapter, Names was being propelled up the charts by some very active readers. It was a hit. Only a day or two later, it was the first book ever banned on the site for content.

It was the first sign of the roller coaster ride this book continues to take me on.

The next high was the Mslexia novel writing competition. Naming Names was announced as a runner-up. Great news! I started this blog on the strength of it, and met my lovely agent.

Meanwhile, I was in talks with my lovely agent, and rewrites of Naming Names were well under way.

When something seems too good to be true, there’s always a good reason for that.

Then the rejections started coming in.

WOW! Were they some rejections?

That was what took the sting out of the process. That was what saved my poor heart from breaking over my beautiful, brutal little book.

So Naming Names remains a file on my computer, unloved and unpublished. It took courage to write it, and it would have taken courage to publish it.

I could say any of those things.

The fact is, I had choices, and perhaps I wasn’t as smart about them as I might have been.

I wanted to see Naming Names published and, even though personal experience told me not to expect too much, I was carried along by the process and by my own vanity. After a long time and a lot of experience at the commercial end of this business I was still naive.

I have only myself to blame.

One day, I might write another book for myself, another controversial book, another book that will engender another visceral response. I hope that if I do I treat it with more respect than I treated Naming Names, and I hope I put it out into the World with more care.

Posted by Nicola Vincent-Abnett at 10:06