A Note on Innovators

It's very good to find out that in the very prescriptive world in which we live there are still genuine innovators. I know this because we were with one yesterday.
the husband and I took a meeting yesterday, by invitation with someone we hadn't met before. This happens once in a while, and we do it when someone proposes a project that holds some potential interest for us... Usually for him. To be fair, we went back and forth on this one, but in the end our interest was sufficiently piqued, and  it was a nice excuse to get some other things done in London too.

Innovation is a rare and wonderful thing. It takes a particular mindset and a particular will, particularly in the arts, and, very particularly in entertainment. Producing good entertainment is generally an expensive business and time consuming, too, and everyone is looking for the next big thing, the thing that will put him on the map, make his name or his reputation, and always, always earn back the investment in the project.

It's tough out there. Audiences and end users are demanding and fickle. Sadly that tends to lead to the same stuff or the same kind of stuff being produced and reproduced over and over again, the same movies, books, games, comics... You name it... Because it's safer to give the audience and end users more of what pleases them than it is to offer something new and different that might excite some new interest. 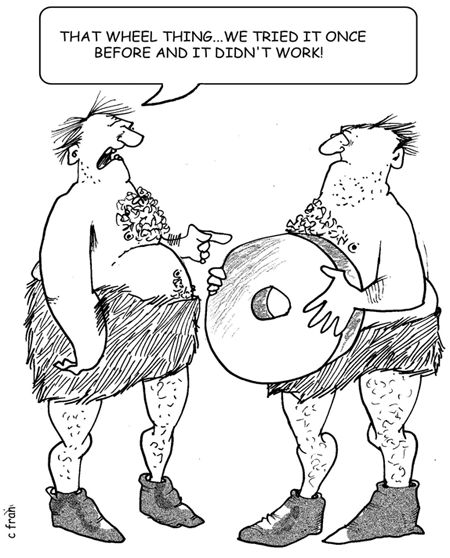 The truth is that the audience doesn't actually know what it wants until it is offered something, and then it reacts. The problem is that the big corporate entertainment companies won't or don't take those chances. It isn't in there best interests.

Innovation tends to be left in the hands of youth and inexperience. It's hard to fault their drive, energy and enthusiasm, but they're often simply reinventing the wheel, because their experience of what has gone before is limited. Their creative muscles aren't yet honed, either, so, while I urge them to continue in their endeavours, to learn and grow, I also know that they are probably going to end up being the corporate men and women of the future.

The man the husband and I met with yesterday has got quite a brilliant idea for his latest project. It is innovative. He's driving forward into new realms that will change the industry he's working in, should he succeed, which I suspect he might well. I was impressed. I was equally impressed that he's already succeeded in two entertainment businesses and that he is using his knowledge and experience to branch out. This man knows what he's doing and he knows how to achieve his goals.

Big corporations don't innovate, but when someone with experience of that world is able to step out of it and take a risk, that's when something new and exciting just might happen.

I do hope so.
Posted by Nicola Vincent-Abnett at 14:18