Tell Someone You Love Him… or Her (obviously)

I’ve been on a bit of a riff about honesty recently, about being honest with oneself and with other people. It might have gone a bit deep in some of my blogs, but it was right on the surface when I wrote my blog Best Foot Forward the other day, and the very same theme is going to be loud and clear in today’s blog.

Here’s the thing... Tell someone you love that you love him. 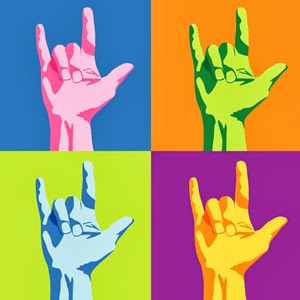 What harm can it do?

That’s not the reason to do it, though.

Here’s the reason to do it, and it’s as plain as the nose on your face, but it’s also a little bit magic. It’s no secret, but you just might not have come up with it yourself.

Are you ready for this?

Think of the good it can do!

So why wouldn’t you do that?

Think of all the people who have made your day or your life by expressing their love for you in words. Think of that one singular person.

Think of the people who failed you when they could have told you they loved you and didn’t. Think of the difference that might have made on an especially tough day.

When we love someone we make ourselves responsible for him and we make ourselves vulnerable to him, pretty much in equal measures. That happens anyway. It happens without us noticing it, and it happens whether we like it or not. It also happens whether we say those words or not. Failing to express that love doesn’t make the feelings less powerful and it doesn’t make the joy or pain that loving a person brings with it any less extraordinary to enjoy or easy to endure, so why not say those words?

I tell the husband that I adore him all the time. I tell my children that I love them, “more than the World”. I tell them so, because it’s true.

If you struggle with these declarations, and, while I don’t, I know that others do, there’s one little trick you might employ.

We, the closest members of my family, have a couple of little ticks that just mean we say those words, make those declarations very easily as a sort of habit. We’ve almost built things into our lives so that it’s a choice not to make that statement of love.

Phone calls are a fine example of this. I don’t know how many times I’ve been glanced at by strangers when I’ve said, “seeya, love ya, bye” at the end of a short conversation. People seem surprised by the little sing-song sign-off. It’s what we do, though. Not to do it is to be cross about something, but actually, even pretty angry or frustrated about whatever is going on, we usually end up signing off in that fashion.

I’ve ended a phone call more than once not meaning to say it, or surprised that I’d said it, and been very glad that I had, because... Well, because, who knows? On occasion, I’ve even rung back after not saying it because I was distracted or hurried; I've rung back because I loved the person on the other end of the call and I didn’t want to be misunderstood. I’ve rung my husband or one of my daughters for no other reason than to say the words “seeya, love ya, bye.”

The other thing I do, mostly with the dort, because it seems somehow less formal than the full declaration, “I love you” is a shorthand version. It’s sweet without being sentimental, but somehow more everyday, less serious, without being any less meaningful. Sometimes in texts, but in person too, we just say, “Loves” or “Loves, loves”.

There is more than one way to skin a cat, but in the end you want that ball of fur in one hand and the naked cat in the other. I can’t recommend highly enough the simplest option.

Tell the person you love that you love him and two people will feel wonderful. I guarantee it.

Oh, and I love you… You know who you are.

Posted by Nicola Vincent-Abnett at 11:05