You Can’t Keep a Good Woman Down... Or Britain's Got Talent the Live Final

Have you ever had one of those days?

I bet you have. I bet you’ve had one of those days when you’ve just taken a good kicking... or several. I had one of those days today (Friday). Actually, to be fair, it began yesterday (Thursday), about thirty-six hours ago, and it doesn’t seem to have ended yet. But far be it from me to be pessimistic, so I’m going to call it a day: one single, dreadful day.

It’s on days like this that I wonder whether I shouldn’t just throw in the towel.

I can fight it, which I have. I can be upset by it, and I have been. I can get angry, which I have. And, eventually, I can try to sleep it off. I tried that last night, and I’ll be trying it again tonight.

Is it better, I wonder, to take it all at once? Is it better, if the faeces are going to connect with the fan, for them to just keep coming? Would it be better if all the crap was spread out over, say a week or a month? I don’t know.

Perhaps I should just be careful what I wish for.

I am writing this at ten o’clock on Friday night. We’re an hour into the nine til two shift. That’s a thing in our house at the moment. Our workload is insane. Honest to goodness, I should probably have typed that in capitals. I shouldn’t actually be writing a blog now. I should be writing a novel. I will get back to it. I promise.

Tomorrow, or today, since this is Saturday’s post, is another day. Thank all that’s good and wonderful in the World! 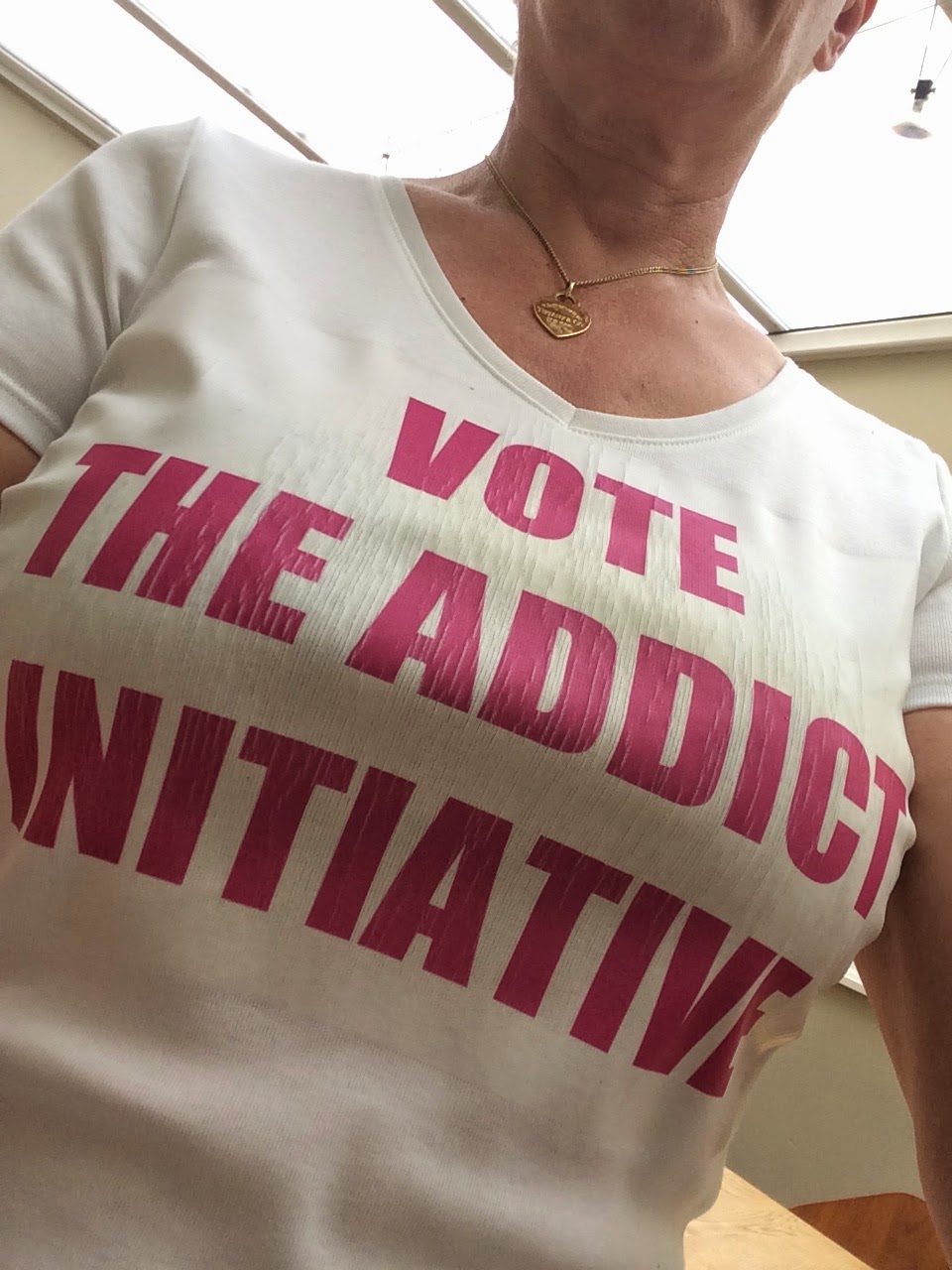 Tomorrow/today is the day that the dort appears in the live final of Britain’s Got Talent with her dance crew The Addict Initiative. With only twenty-four hours notice, we found out that we had been allocated tickets. It’s EXCITING! I made T-shirts and everything. And if you don’t believe me, here’s a pic of me wearing mine. Take heed of the message emblazoned across my bosom and don’t think for a moment that I don’t mean it!

I intend to hurtle from a ridiculous day to a sublime one. I get to watch the dort performing on stage, and it’s one of my favourite things. We’re rooting for the crew. I know several of the kids, and they’re fab. They’re also hardworking and good at what they do. That deserves rewarding.

I’m not going to pretend that I’m a fan of talent shows, but what I will say is that the husband and I have actually sat through quite a lot of Britain’s Got Talent and we’ve seen most of the acts that will perform tomorrow night. Of course I’m backing The Addict Initiative, and I think they’ve got a good shot at winning, but I was quite impressed that there is some genuine talent in this year’s final line-up. It pleases me.


So, yesterday was fraught, but today will be fabulous! How do I know? This is how I know! And yes, I know I've shown you this before, but it features the dort (the girl with the blonde, curly hair)… What can I tell you, I'm her mum.

Posted by Nicola Vincent-Abnett at 10:28