Some time ago I stopped liking anything on FaceBook. 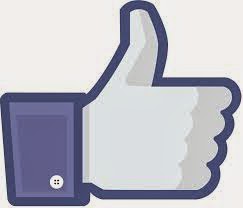 I’m not keen on being manipulated, and I’m aware that it happens every hour of every day in all sorts of subtle ways that I hardly even notice. I’m not immune from being herded like the human sheep I am, we all are.

FaceBook’s a funny thing. I wouldn’t bother with it any more, if I’m honest, except that there are people on it that I would otherwise have virtually no contact with, and that seems like a real pity. So, I check in a couple of times a day, and, once in a while, I interact on it.

I don’t like it because it is used cynically by a whole raft of people and businesses to make money.

Hitting a like button spreads stuff around, and the more stuff spreads from one FaceBook page to another the more access is generated to more potential ad-slots generating more advertising revenue.

Remember my recent pair of blogs about a video that went viral in the social media networks? (You can read them here and here). How many times do you suppose the LIKE button was hit on that thing? How many times was it shared?

If everyone who liked that video had written ‘digging this’ in the comments instead of hitting the LIKE button things might have been a little bit different.

The list of people linked to us on FaceBook are called ‘Friends’. There’s a reason for that. When we send a friend request or one is sent to us there are even questions about whether and how we know the person that we’re connecting to.

As part of an art project a few years ago, I set up a construct, an internet-only personality. She had a FaceBook account. I began by friending her myself. Within a matter of weeks, she had more friends than I did. Only two people asked how we’d met. I came clean with those people, saying we hadn’t, and one of them chose to friend me anyway. Less than a month after setting up the construct, she was receiving friend requests. Until that point, she had never existed.

It was a fascinating experiment, and, for what it’s worth, she was honest and harmless. I made it a point that she only did the things I would do and said the things I would say. She was entirely a version of myself, and always and only positive. I was determined to do no harm.

I sometimes felt guilty about her presence on the web, and when the project was over I deleted her profile.

My point is this: When it comes to liking the things our contacts are doing, hitting the LIKE button shouldn’t be an issue for them. They shouldn’t be trying to manipulate us. They’re probably not in business. So, there’s a good chance they’ll be charmed when we type ‘digging this’ into a comment slot.

The people collecting LIKES aren’t our friends, they’re nasty, cynical money grabbing bastards who are just looking for ad-slots. They are using us. We don’t have to give them that satisfaction. We can, if we choose to, deny them.

My ‘Digging This’ campaign hasn’t ever really taken off, but then I haven’t been very vocal about it until now.

Think about it. I’ve been doing it for a while, and I shall keep right on doing it. It takes a matter of a moment, and we all like to get comments on our posts and statuses.

Here’s an article that explains more fully how this stuff works.
Posted by Nicola Vincent-Abnett at 12:09